News from FunnyGrownHere.com: Comedy Central and Live Nation bring comedy to the House of Blues

Comedy Central and Live Nation announced a partnership to bring comedy to House of Blues locations across the country. Comedy Central will also tape specials at the venues.

I had a chance to see the Cinematic Titanic crew (made up of original Mystery Science Theater 3000 cast members Trace Beaulieu, Frank Conniff, Joel Hodgson, Mary jo Pehl, and J. Elvis Weinstein) skewer East Meets Watts in Boston, and it might have been the funniest I've ever seen them. The video release featured a lot of material that seemed new, and some of it topping the live show.

The live show is great, and the live DVDs do a good job of capturing that. Expect a complete review of The Alien Factor by Tuesday. Until then, the CT crew have posted a preview featuring the first five minutes of the release.

Posted by Unknown at 1:59 AM No comments:

Out Today: Backyard Tire Fire's Good to Be 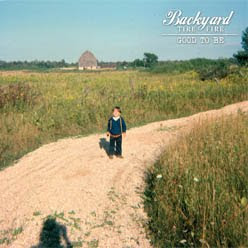 It’s rare to run across an album as unrelentingly positive as Backyard Tire Fire’s Good to Be that doesn’t make you want to pull your brain out through your nose with ice tongs. But the band’s chief songwriter/singer/guitarist Ed Anderson is too talented a lyricist, and his band too capable musically, to serve up a sugary disc of platitudes. And Los Lobos’s Steve Berlin wouldn’t produce that kind of album.

The closest comparison to Good to Be is Six String Drag’s High Hat, a lost treasure packed with different styles of American rock and country. Like Six String Drag, Backyard Tire Fire deftly assimilates different styles and sounds without losing the signature that identifies them. There is still a core that is Backyard Tire Fire, whether it’s the jaunty verses of “Learning to Swim,” the Tom Petty-like chorus of “Estelle,” the McCartney-esque guitar picking that opens “Hell and Back,” the happy toe-tapping of the title track, or the dirty blues of “Road Song #39.”

Anderson has a proclivity for lightly overdriven, crunchy guitars that can drive a mid-tempo rocker like “Ready or Not” or float in the background and accent a bouncing bassline, as on “Brady.” And Anderson’s voice is smooth but with undeniable twang, comfortably in range with the Drive-By Truckers’ Patterson Hood and former Six String Drag singer Kenny Roby.

There’s a grit to the happiness on Good to Be. Every moment of joy is fought for and earned. The title character in “Estelle” had a baby at 20 years old and still went back to school, and is trying to make a life for herself. As Anderson sings, “She’s happy/She’s not needy/She’s an independent lady and likes to be.” “Learning to Swim” is about a relationship long past the honeymoon stage but far from stagnant – there’s no small amount of humor in the line “I get the feeling right now/The feeling that this just might work.”

The title track is the most hopeful of the bunch, singing the praises of honest struggle over a poppy two and four beat, a strumming acoustic guitar, and merrily plinking piano. “It’s a minor inconvenience,” sings Anderson, “My fingers crack and then they bleed/Sometimes it hurts in a good way/Sometimes it’s just what I need.” It’s hard not to feel inspired by the chorus, “It’s okay/It’s all right/I’m alive/And it’s good to be.”

When music like this appears, it is good to be alive.

Preview the "Good to Be" music video:

Good To Be from Backyard Tire Fire on Vimeo.

Shoot a promo for Tim and Eric!

If you have a camera, some editing skills, and a little time before noon tomorrow, you could win some stuff from Tim and Eric Awesome Show, Great Job! Just found out about their contest, for which you make a 30 spot for Season Cinco of the show and send a YouTube link to timanderic@timanderic.com by noon PST on Friday. Videos will be judged by DJ DOUGGPOUND.

According to the Tim and Eric mailing, "It can be of anything you want, although keep it Awesome Show related." It must also say, at some point, "SEASON CINCO premieres FEB 28th on Adult Swim." They ask that you don't send any files.

Josh Groban tribute to Casey and His Brother (Tim & Eric)

There are a lot of things of which I could accuse Josh Groban, but a lack of sense of humor is not one of them. Follow the link below (Adult Swim disables embed codes), and you'll see Groban singing the best of Casey and His Brother from Tim and Eric Awesome Show, Great Job! That includes the classig "Hamburgers and Hot Dogs."

Click Here to see.
Posted by Unknown at 2:21 PM No comments:

Up in time for tonight's premiere of The Sarah Silverman Program, season three, is my interview with Sarah Silverman. She talks about the partnership with LOGO that saved the show, a bit of what we'll see on the show this year, and the current state of her stand-up.

Read it here.
Posted by Unknown at 3:43 PM No comments:

Just added a preview clip of Louis C.K.'s new FX sitcom, Louie, plus Robby Roadsteamer's Quiet Desperation Episode 17, and info on the Magners Comedy Festival. Click the "Boston Comedy" button to your right for the stories.
Posted by Unknown at 1:20 AM No comments:

Watching Human Target (Fox, Wednesdays at 8PM EST) is the most fun I've had with a pure action show in a long time. It's got a great cast, in Mark Valley, who plays the title role of Christopher Chance, Chi McBride, and Jackie Earle Haley.

I got to speak with Haley as part of a media conference call, and wrote about it for a story appearing today on TVSquad.com. He talks about his Human Target character, Guerrero, and the show in general.

Look for my TV Squad interview with Sarah Silverman tomorrow.
Posted by Unknown at 4:24 PM No comments: 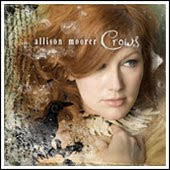 Allison Moorer's latest CD, Crows, doesn't hit shelves until next week, but it's worth the wait. Moorer has always been good, but Crows is a step up for her as a songwriter and an artist. You can read my review of it from Monday's Boston Globe here. The first single off of the album, "The Broken Girl," is available on iTunes now, and you can preview it on Moorer's site.

If you've not been a fan of Moorer in the past, take a listen. This might be the album to win you over. Stop back and tell me what you think.
Posted by Unknown at 12:40 AM No comments:

Giant Ant in the Sky

This is one of the first things I shot with my video camera, part of what will be known as the "Live from My Desk" series, just me sitting in my office either playing music I wrote or vlogging in general.

Posted by Unknown at 2:04 AM No comments:

Email ThisBlogThis!Share to TwitterShare to FacebookShare to Pinterest
Labels: giant ant in the sky, live from my desk, music

This blog has languished a bit while I devoted my time to my Boston Comedy blog, but I am planning to come back to this space and post more about music and comedy, anything that doesn't fit under "Boston Comedy." I'll also be posting some of my own material here from time to time, short films or music. So keep watching, and hit the button to your right and check out Boston Comedy!
Posted by Unknown at 2:02 AM No comments: